Another Day, Another Cup of Coffee 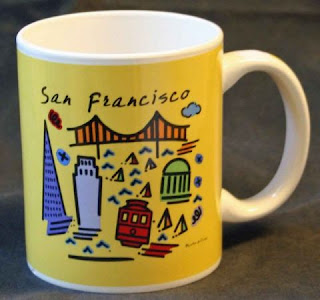 I've been up for just under three hours now. I've had time for a bit of television, web surfing, emails, two cups of coffee (well, maybe it's really four because my mug is pretty big) and a bit of time for reflection.
What is this day going to bring me I wonder? I know it will be the usual drudgery at work which is fine because I am able to do my job in my sleep. No challenges there really. I've decided not to take a double promotion that has been offered. I had tentatively agreed to take the position but other than a verbal agreement, nothing has been hashed out. I warned them that I might feel shaky about the whole thing later on if I took the job. Turns out, it didn't even take me that long. Every day has been filled with pressure & stress that only comes from my own head. I cannot compromise myself in this way, so I have to go back to them and say "No Thanks". Tomorrow is the day of reckoning.
The good news is that I am taking nine days off starting this Saturday. The bad news is that I am not going any where. That is quite okay though as I need the time to figure out some things so I can get my act together. I'm not getting any younger you know. 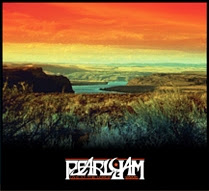 I am listening to Pearl Jam's Live at the Gorge 05/06 set.
I've become such a big fan this year after years of ignoring them. Low Light is a beautifully powerful song. I have a co-worker to thank for that. How can a band such as this be so under the radar in the U.S.? I suppose you can attribute that to the lousy state of the music industry. Thanks a lot you greedy backward thinking bastards!
Well, I have to get my day started- no more coffee though...NEED FOOD!
Posted by junejulyblue at 9:39 AM

it is about time you realized Pearl Jam was a REAL BAND!