My newly moved in neighbors above me are early risers. Every day- even on Saturdays, they get up around four in the morning to start their day. Frequently, there is some Dusty Springfield action going on... you know the song: "Just a Little Lovin'" from Dusty in Memphis.

Now, did I mention the bed squeak? I guess I didn't. Their bed makes so much noise that it has actually woke me up from a deep sleep more than once! But its only the bed- I rarely ever hear them make nary a sound. I don't mind really because at least somebody is seeing some action around here.

Friday night/Saturday morning this past week, the action started around 3:30. 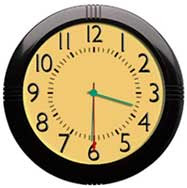 3:30!!! If the bed woke me up around then, that means it all started before that!

I couldn't get back to sleep.

I was so tired that day.

Posted by junejulyblue at 9:49 AM